A downloadable game for Windows and macOS

In the land of Meridia many legends have been told surrounding the crystal of earth, water, fire, and air by the people of the land. Some of the tales have claimed the ancient draykmas people were able to  ascend to the heights of power by capturing the crystals, while another speaks of the loss of the crystal spelling the doom of the mermaid people,  however throughout all of these tales one things is known by all, young and old.

The crystals must be protected at all costs.

In this current era  two forces are attempting to capture the crystals for their own nefarious means, however there are those who shall soon rise to face them down in an epic battle which shake the very world.

This is the tale which will become known as the Meridian Dance.

Esc Button - To Bring Up the Menu

Directional Keys - Move the selection within the menu

Enter Button - To Select a Command

Esc Button - To Retreat from a Command Window

Shift - To end a drawn scene 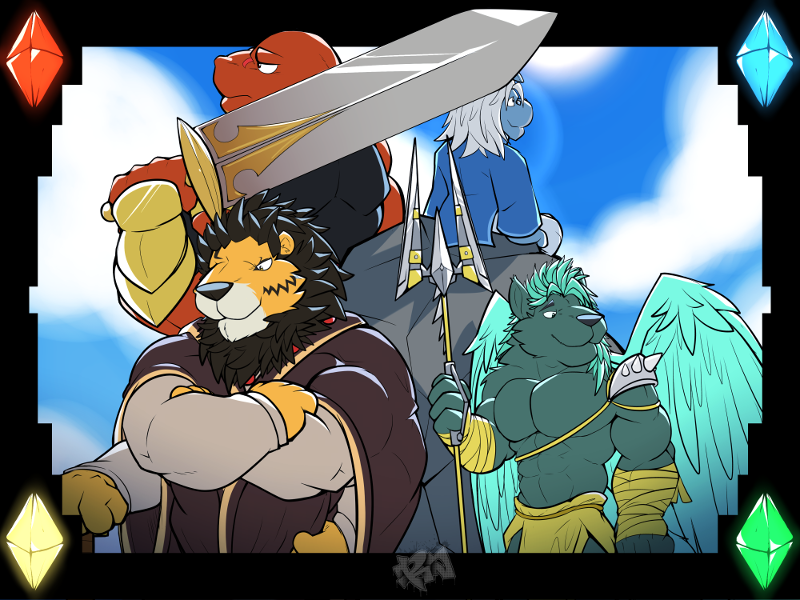 Anirab - A crimson draykmas who hails from the land of Flaria to the north. Son of an accomplished blacksmith and dragon mother he currently wanders around the land seeking fortune and strong enemies to contest his strength again. Can draw upon the element of fire and plasma in order to devastate his enemies, however he favors his broadsword when in a fight.

Hanuel - A jade luphos who wears bright wings upon his back. A very young man who has recently come to Meridia against his will. His memories seem to be somewhat conflicting with current reality and so he needs guidance in order to find his way. Can draw upon the element of wind to both defeat opponents and help his allies in battle.  He has been taught how to master the spear by his mother Aria.

Ashton - A golden lyger druid that has dedicated himself to the pursuit of protecting both the planet and the beings who are in need of physical and mental healing. A gentle spirit who has mastered the power of earth and thus can use its fury to both heal and crush those who would threaten either himself or those under his care. He favors the hammer as his weapon of choice for its symbol of forging ahead in life.

Zale - A sapphire hopper who has trained his entire life as a martial artist. He is said to become the next Master of his village, however he's more interested in being with Ashton over leading others, and yet when the time to act comes he will rise to defend those in need. Has can use the power of water to both restore his friends and freeze enemies. Because of his martial artist training the only weapons he will use are those which can cover his hands in battle.

This game, as a love letter to old school JRPGs of the 90s, features traditional turn based combat as its main combat mechanic.

Several scenes within the game have been drawn by artists and turned into scenes which go into greater depth regarding the characters personalities. Two of the an alternative scenes which will depend heavily on the attitude of the player to determine how they play out.

There are several options dungeons within the game which will yield rare items, equipment, and lead to skill for which cannot be naturally gained by leveling up. There are also powerful 13 powerful bosses sealed within gates within the world which need special keys to unlock. See if you can find them all as they will give access to the most powerful optional boss within the game.

The mystery surrounding the world, characters, and crystals are all present within tablets scattered about the world, try and see if you can piece together the unspoken history of the world from the enemies sealed within.

Read various texts to learn about the history of the world, skills which can be utilized by the characters, and about the darker side of the past which have shaped the land , and people, into what they have become today.

Sub-quests which will alter and/or extend the ending of the game, give several powerful items and artifact which can be forged into weapons and armor, and allow access to events which cannot otherwise be seen.

There is a "bad ending" within this game which will seem logical at a certain point within the story, however is logic always necessary to progress forward within life? Or is it better to submit oneself to what can only be called the "reasonable" choice when, by all rights, hope seems implausible.

In order to download this game you must purchase it at or above the minimum price of $10 USD. You will get access to the following files:

For the life of me I dont know what to do and where to go with the moon dragon's mirror. I'm thoroughly enjoying this and cant help but feeling I'm missing one corridor to walk down.

Neverminddddddd~~~ found the corridor. Of course after over an hour and once I post. ;]

urm what happen to your game? I've play on mac os 2 month ago. now it became pc only after your last update...

I made some updates to the game, but forgot to upload the Mac version.

I'll do that on the 1st of Decemeber along with an update to  Broken Chains.

Sorry for the trouble.

thx so much & I still keep tracking on your great work ;)

Do let me know if it works or not.

Now It' s work properly, will let you know if I found any bug, thx. 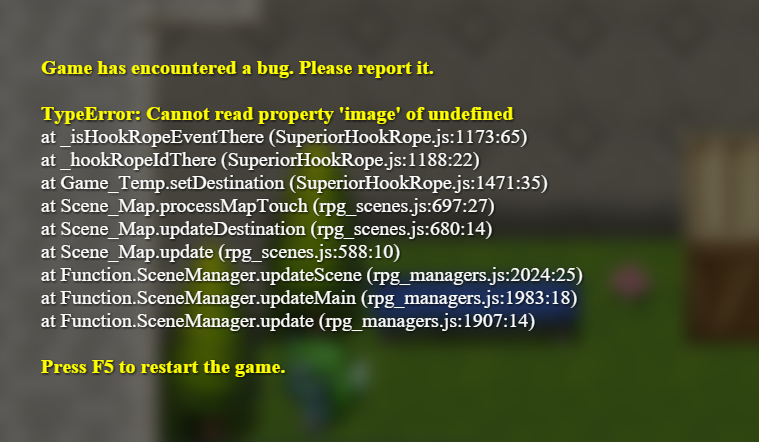 Where are you exactly in the game?

Ah! I'm in the part where I need to look for the rainbow bird to the east. I was just exploring the Ravensfolk by using the hook- haven't went to the mountains yet. I wonder if this error message would happen if I attempt this hook anywhere other than being at Ravensfolk?

The hookshot is only supposed to be used in places with the brown pillars.

Does this happen all the time, or only on certain maps?

Yup! I used the brown pillars in Ravensfolk and that's when the error message appear few seconds after. It happens all the time yeah, but I have not done it outside of Ravensfolk yet. I'm going to try using hook in other maps and let you know the update tomorrow. :)

You can submit reports to my discord. I'm more accessible here.

Also, I apologize for this.

Awesome thanks, I'll go to that. No worries, anything I can do to help!

Also, which version are you playing on?

The save version should be in the main menu area.

If you can't find it let me know.

I mean I can't save my game progress even in hotel

already try to click enter to save but denied 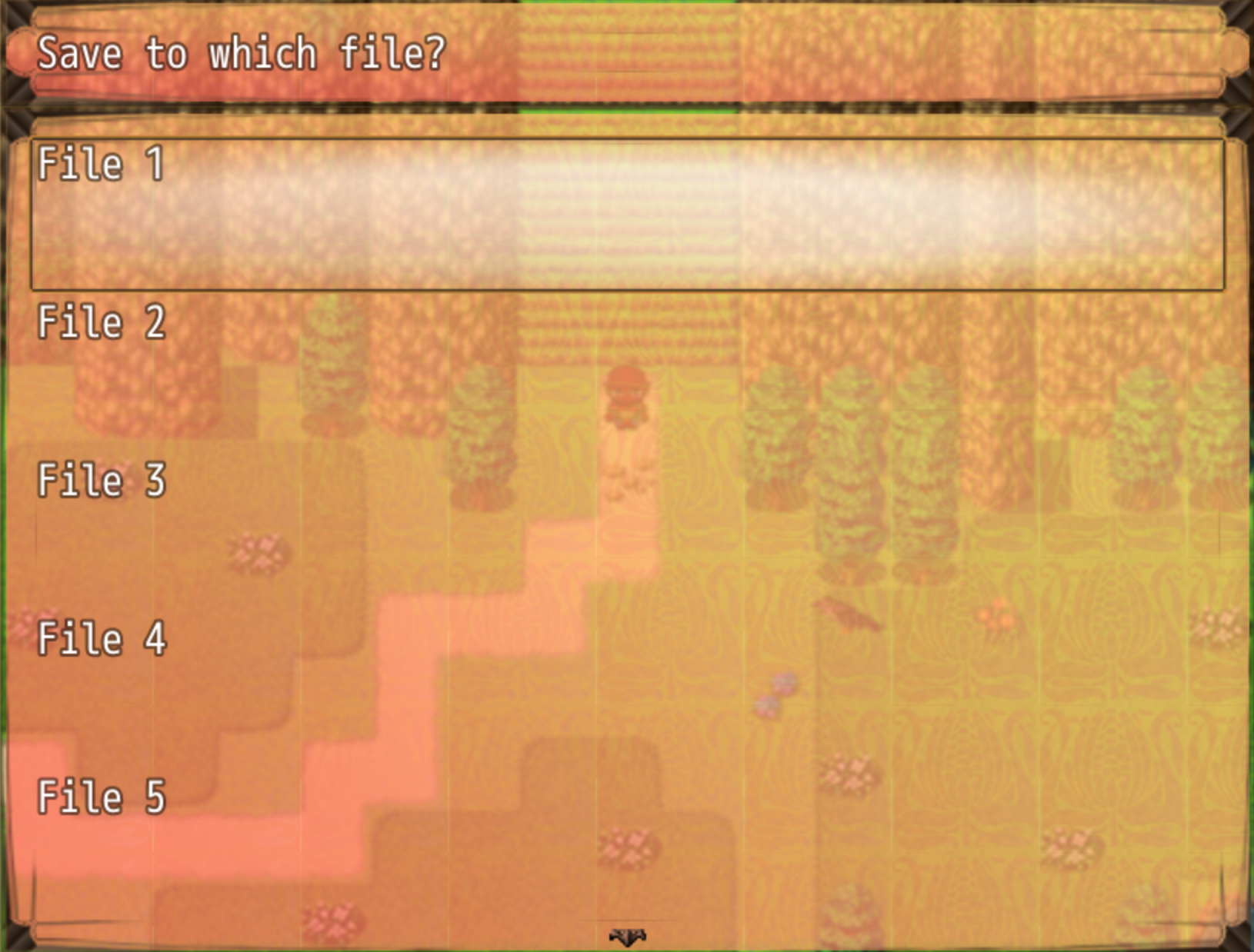 I have no idea what that means, but I'm glad you found it!

Truly amazing game. I'm so glad I purchased this game! There are just two suggestions that I believe would make this game extraordinary.

2- Primary/Side Quests tab somewhere? It would be useful reminder to those who inevitably get lost in the game struggling to remember what they're supposed to be doing.

Regardless... This game is so worth the fun. <3

I'm glad that you enjoyed yourself.

As for the side quest tab, I honestly had thought about it, seeing that they're weren't that many in my mind, but I will keep this idea in mind for my next game.

Ooh- looking forward to what you have in the store in future. :) 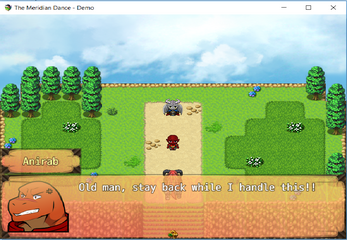 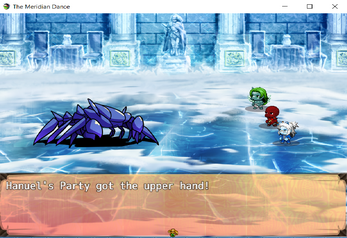 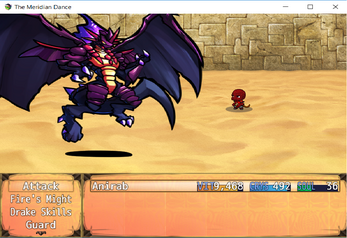